I took some time off work last week, and used that time to play! This will be a rather long entry, I’ve done a lot since my last post.

What you see below is all of the raw material to finish the tail assembly for the Cruzer! 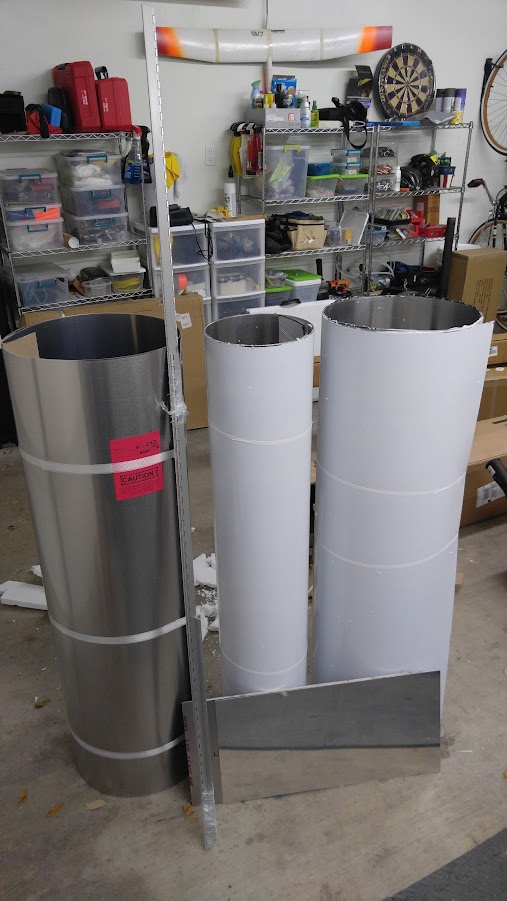 After unrolling and storing that material, it was time to get busy. I used my bending brake to bend the rudder and fin spars and the last of the rudder ribs. The spars, being made from .040″ material, are quite challenging to bend. That stuff is tough! 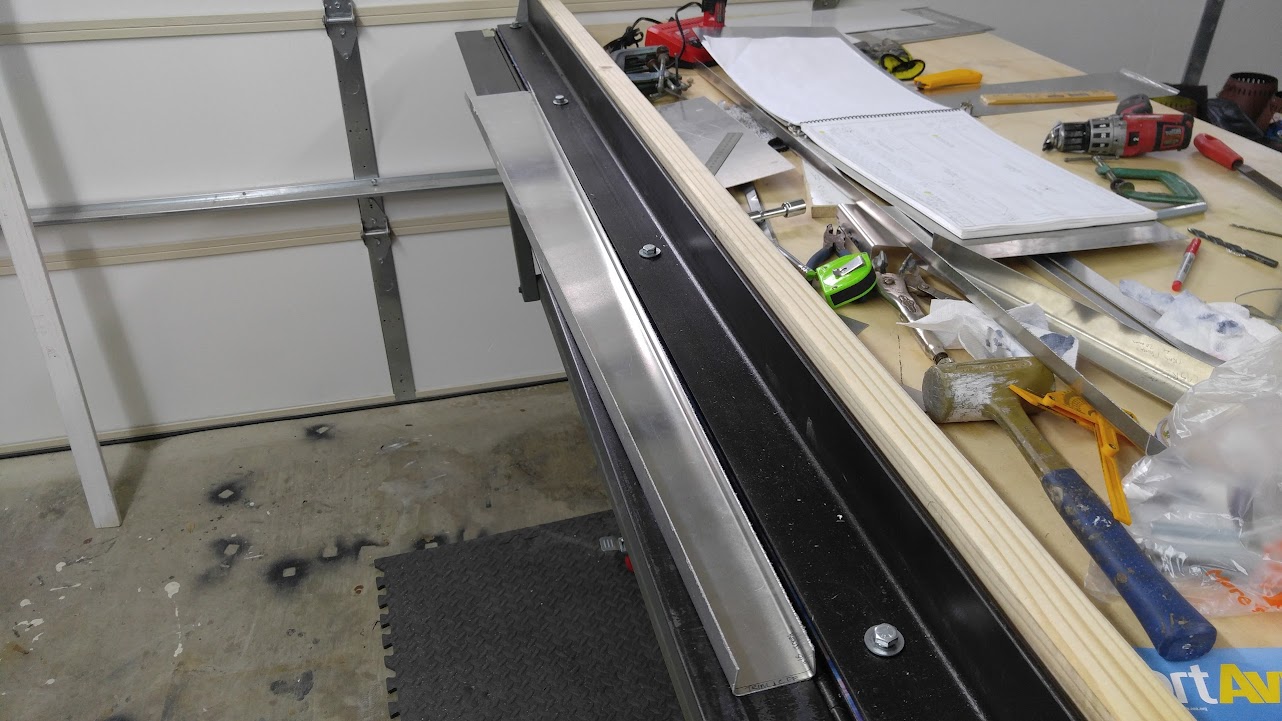 Then I had to do a dry fit of the parts, just to see if they fit. They do! 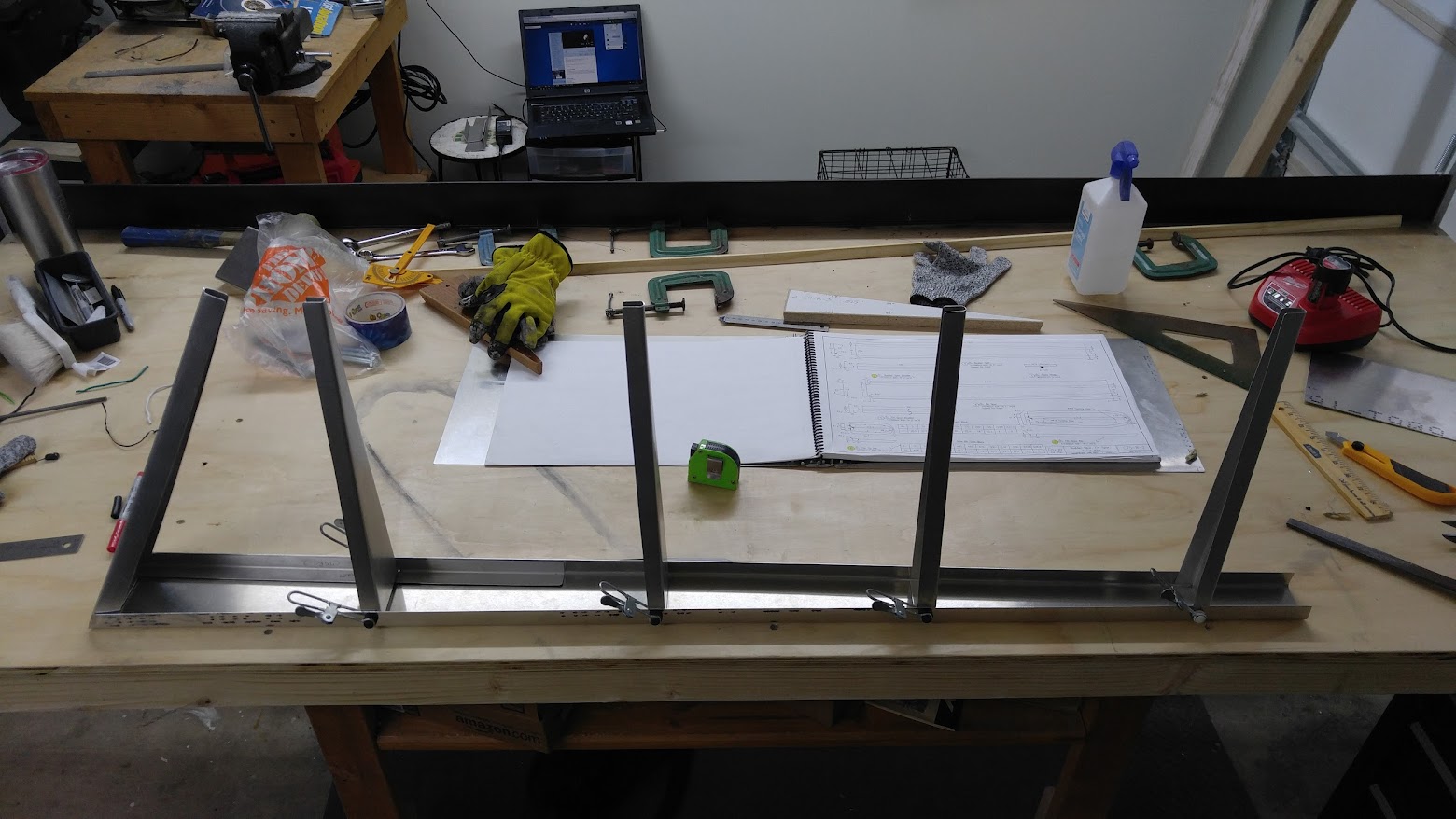 I then took a break from metal working and made the form blocks for the fin ribs. 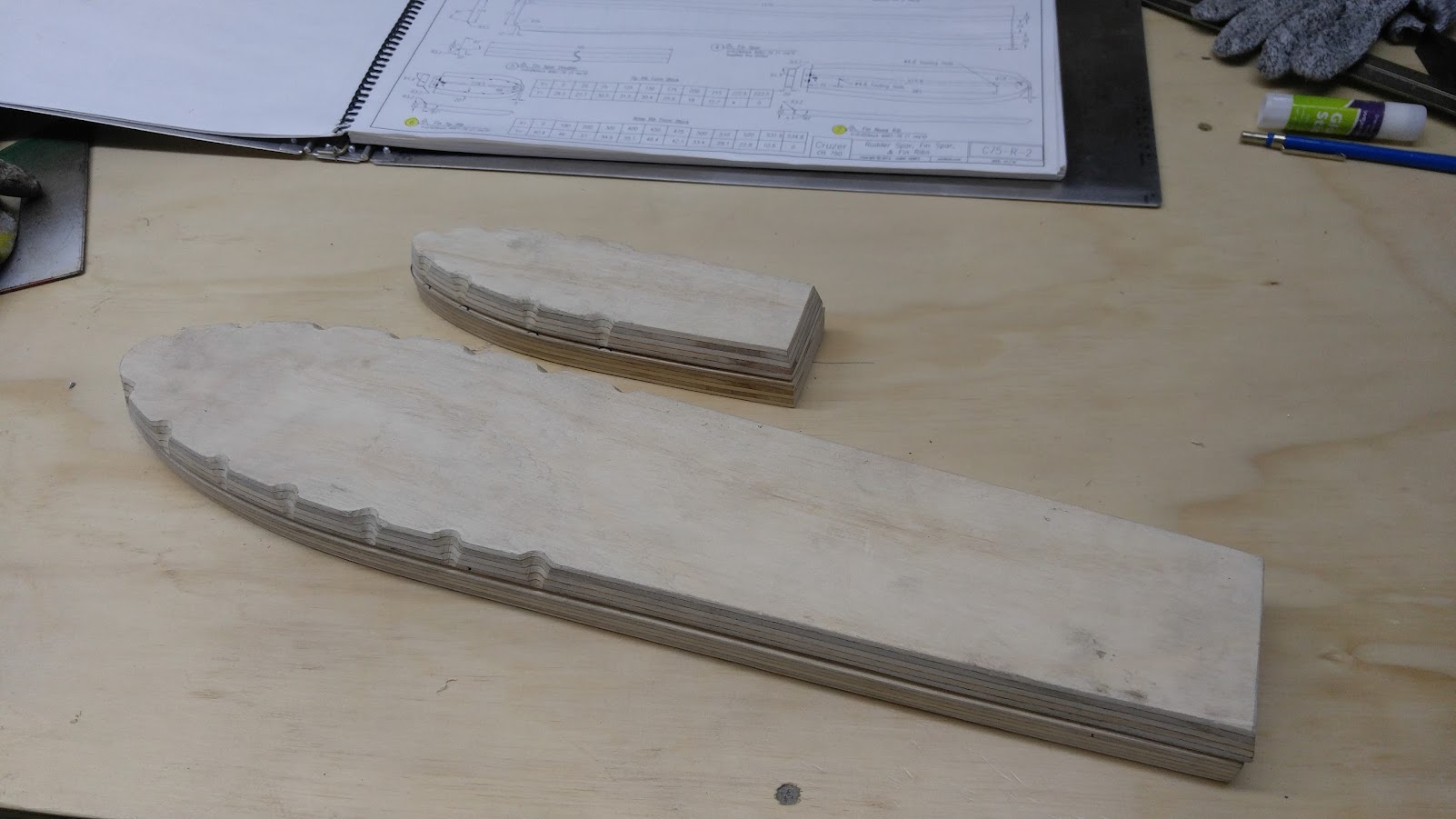 Then I formed the ribs. For the larger one, I did a quick video tutorial:

Here’s the finished and straightened rib. 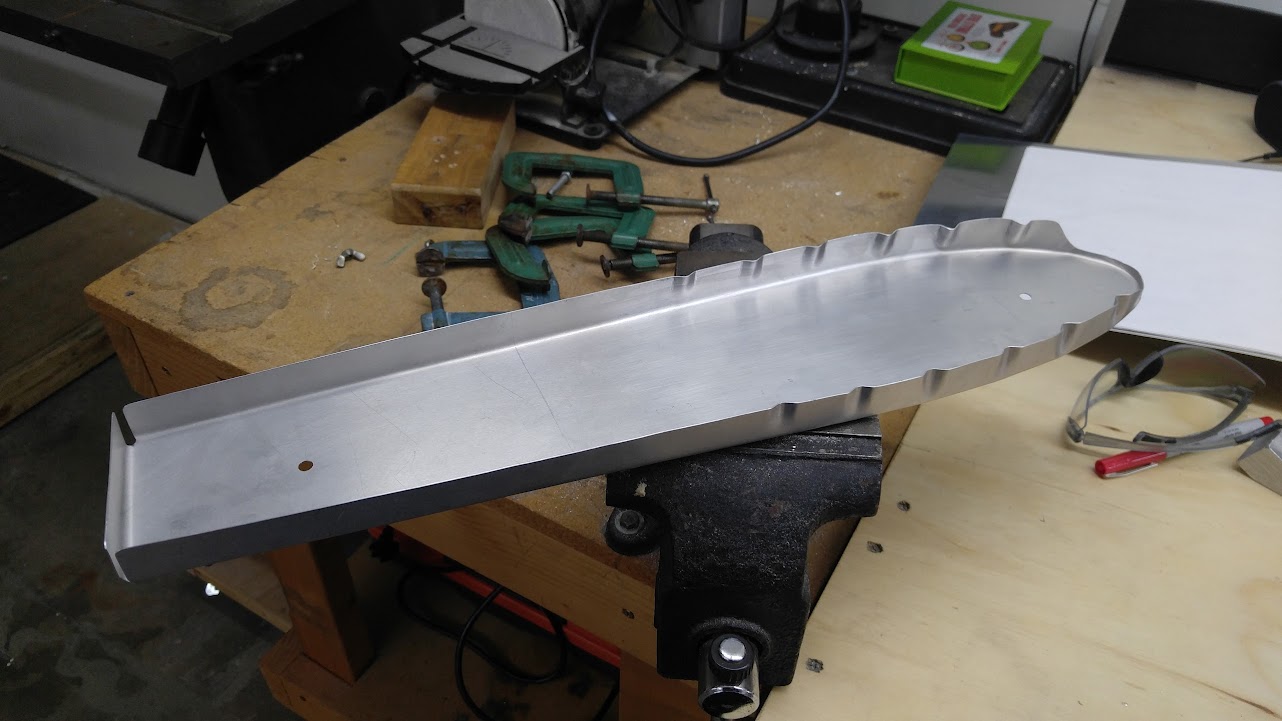 Next it was time to move on to skins. The fin and rudder skins were marked out and trimmed to shape. 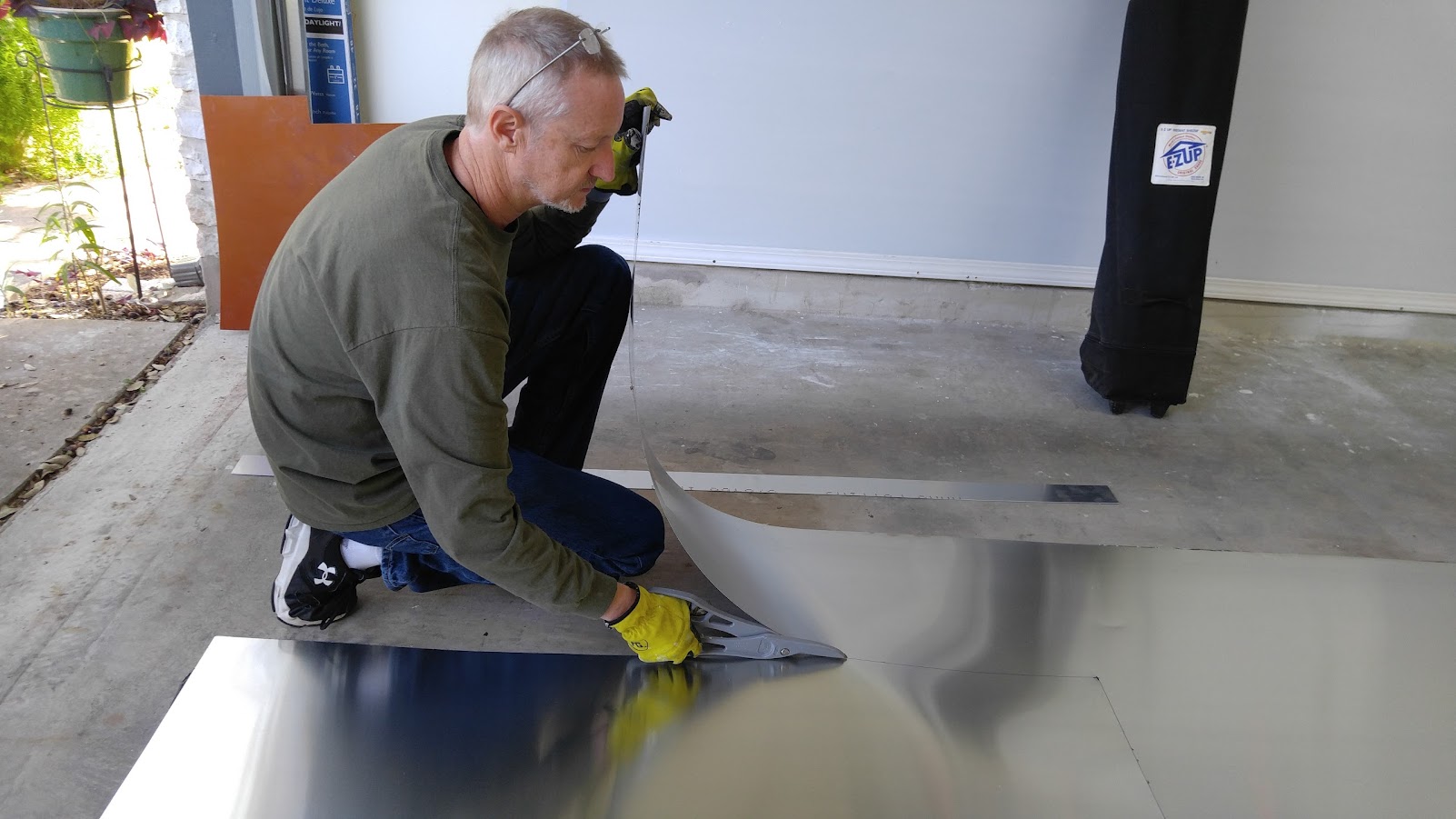 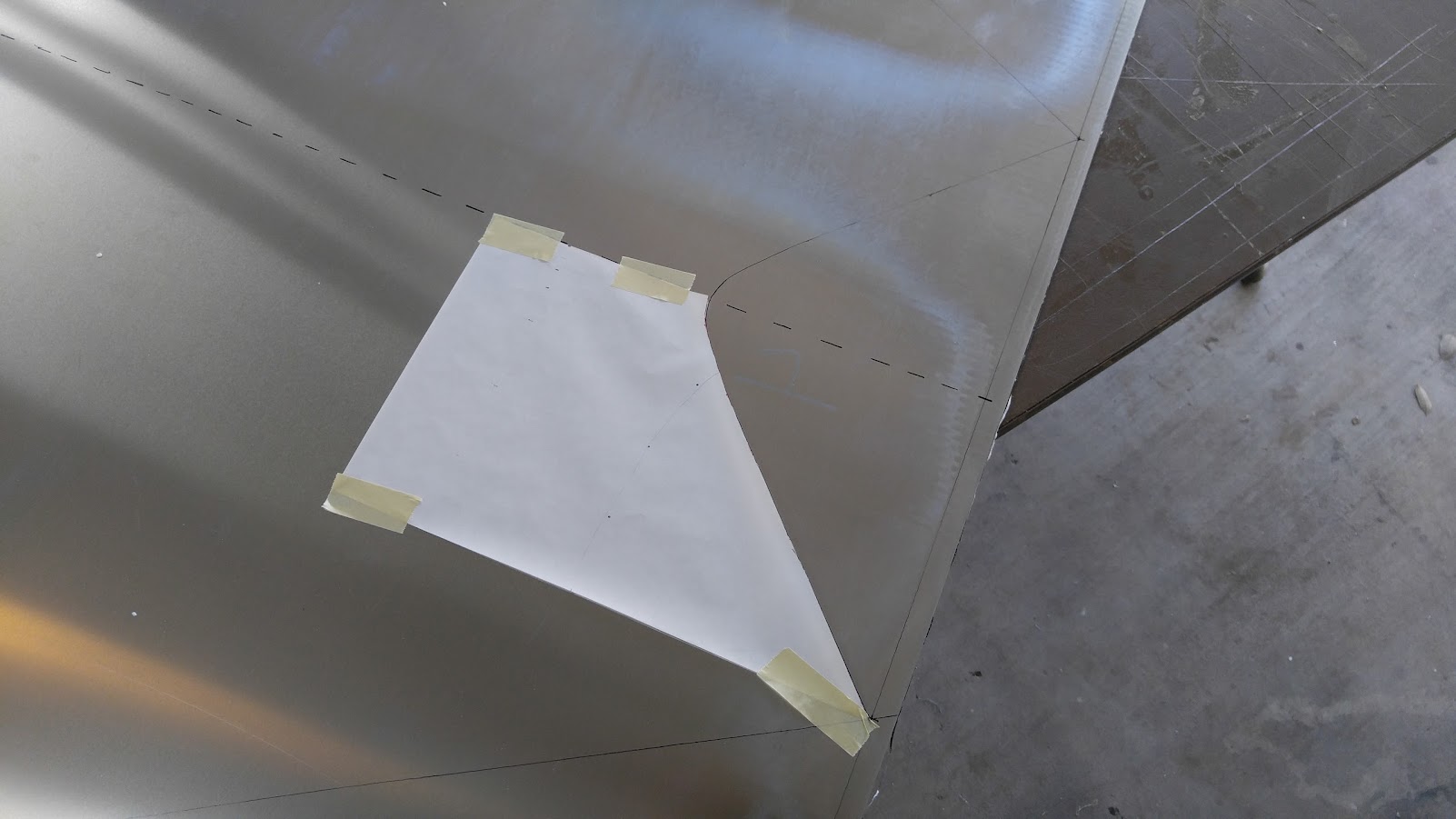 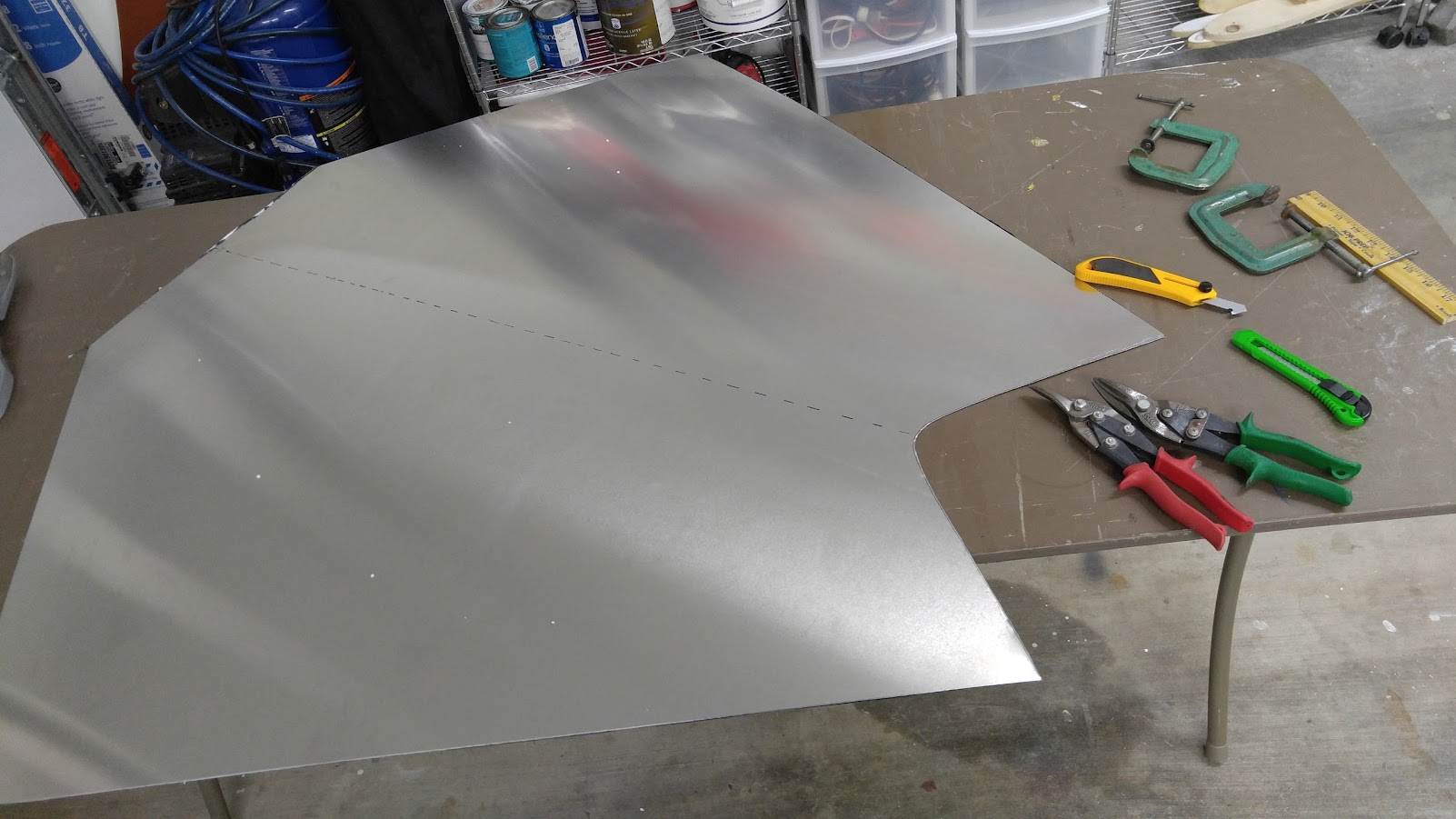 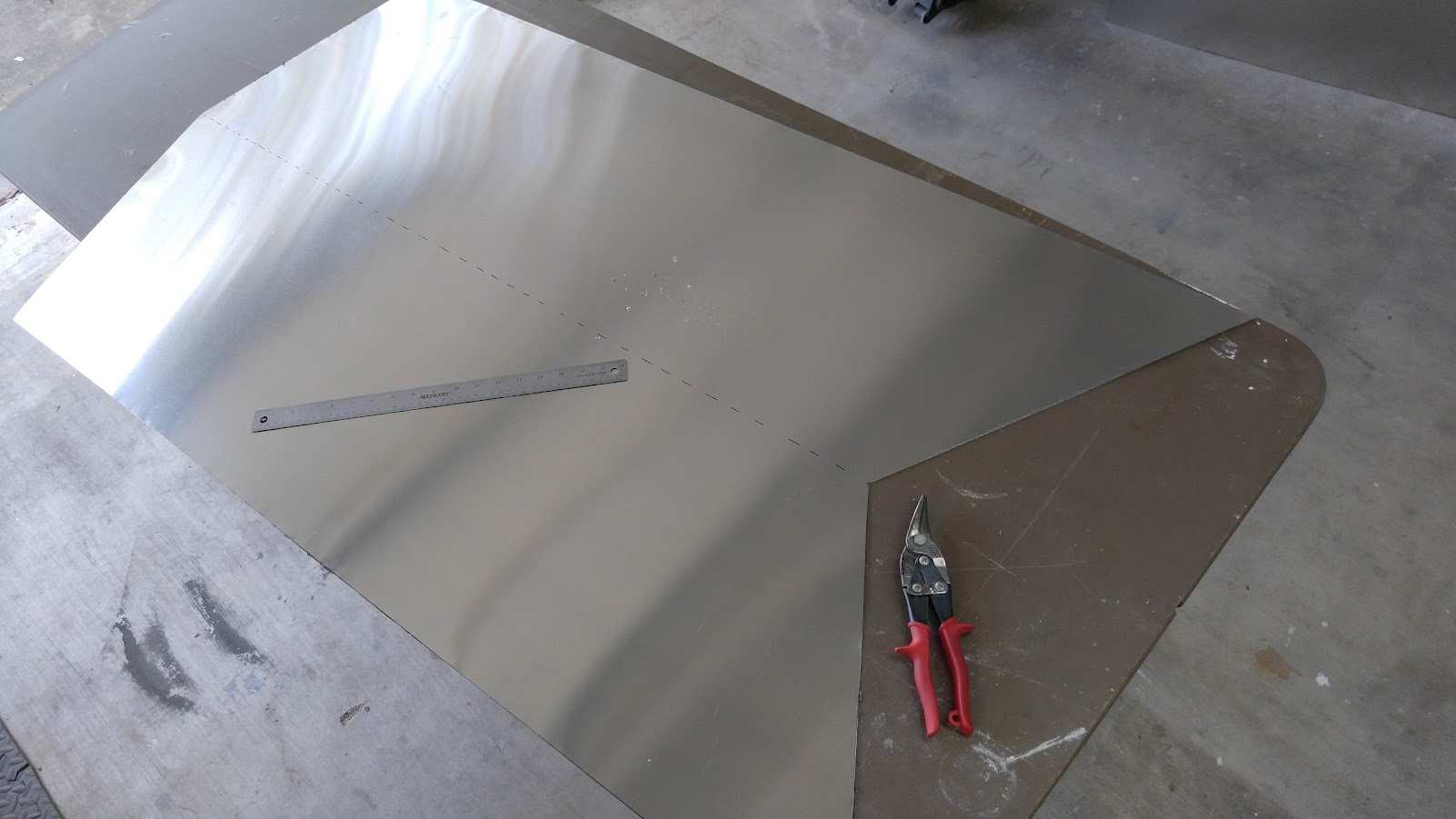 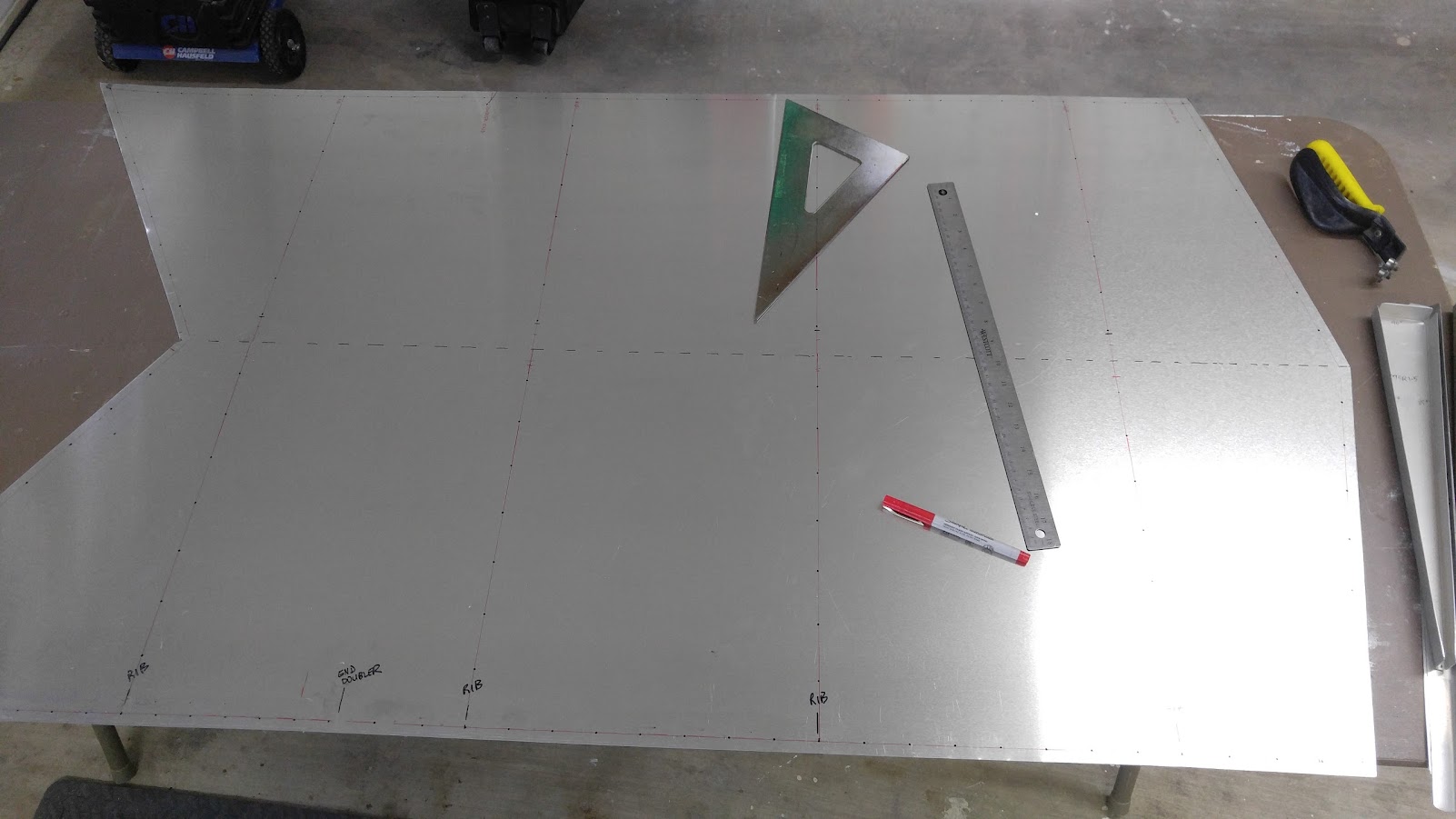 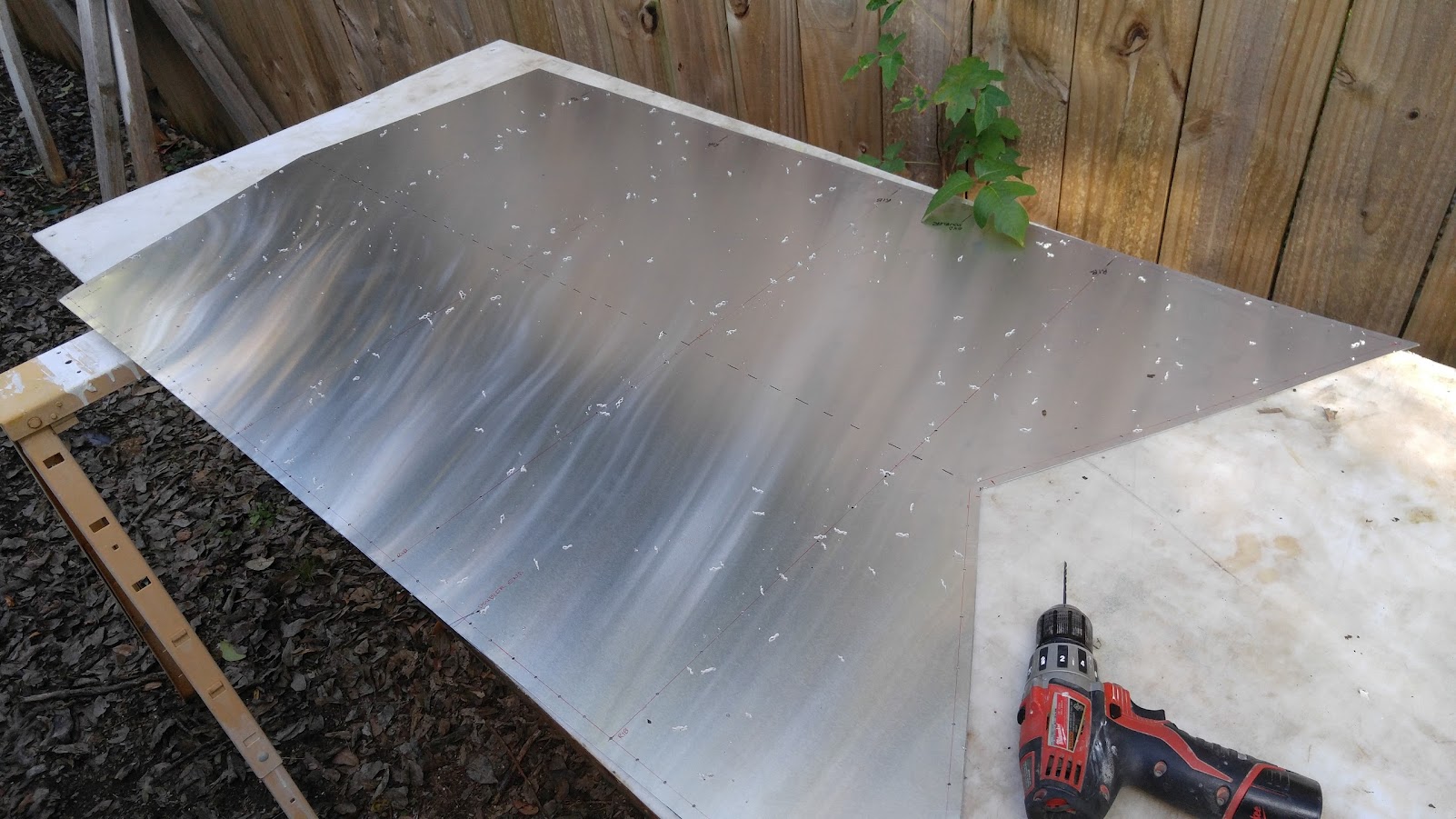 Then it had to be bent, which is scary after spending a couple of hours trimming, marking and drilling! First it’s bent as far as it will go in the brake. 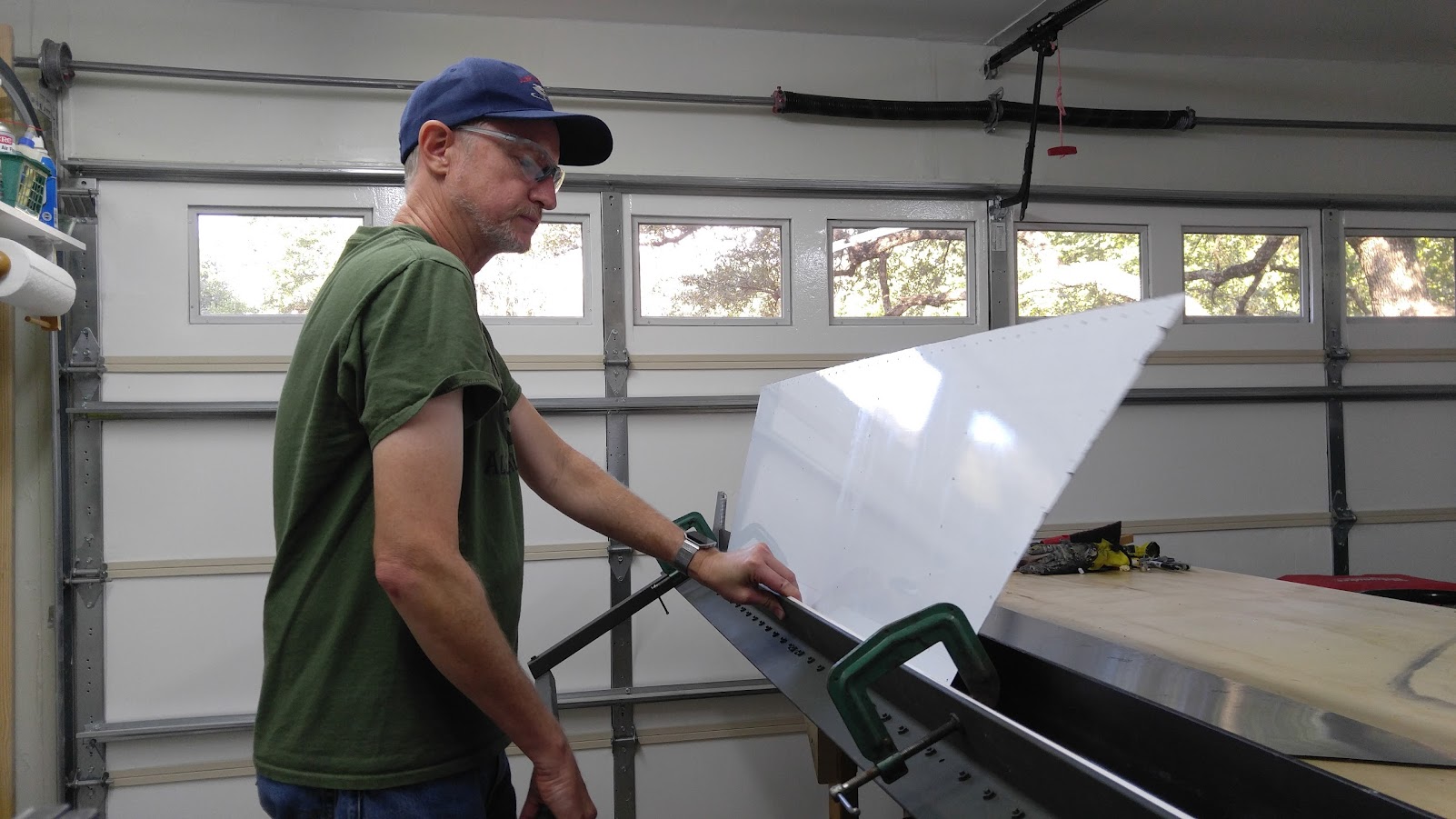 Then it is taken out and carefully inserted backwards into the brake. The clamping “L” is then slowly tightened until the bend is closed up just right. 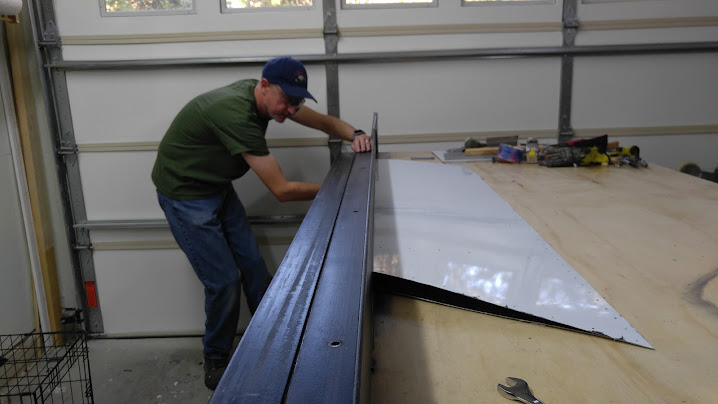 Once it was bent, it was time to test fit the skeleton into the skin. Looks good! 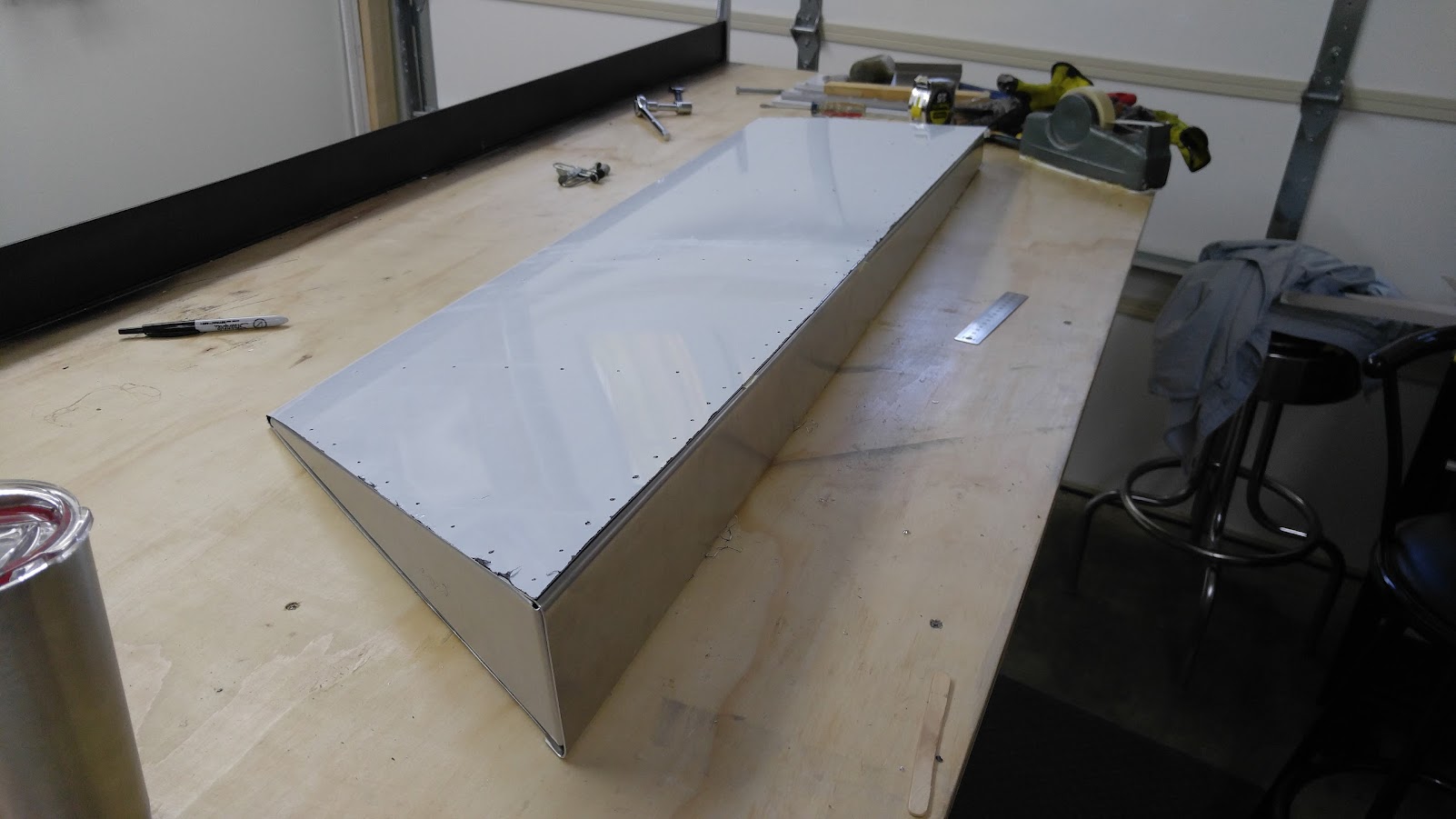 All is not unicorns and rainbows though. Fitting the skeleton to the skin revealed an error in the spar. Due to me mis-reading the dimensions on the plans, the spar is 12mm too short! Oops. I guess I get to make another one. 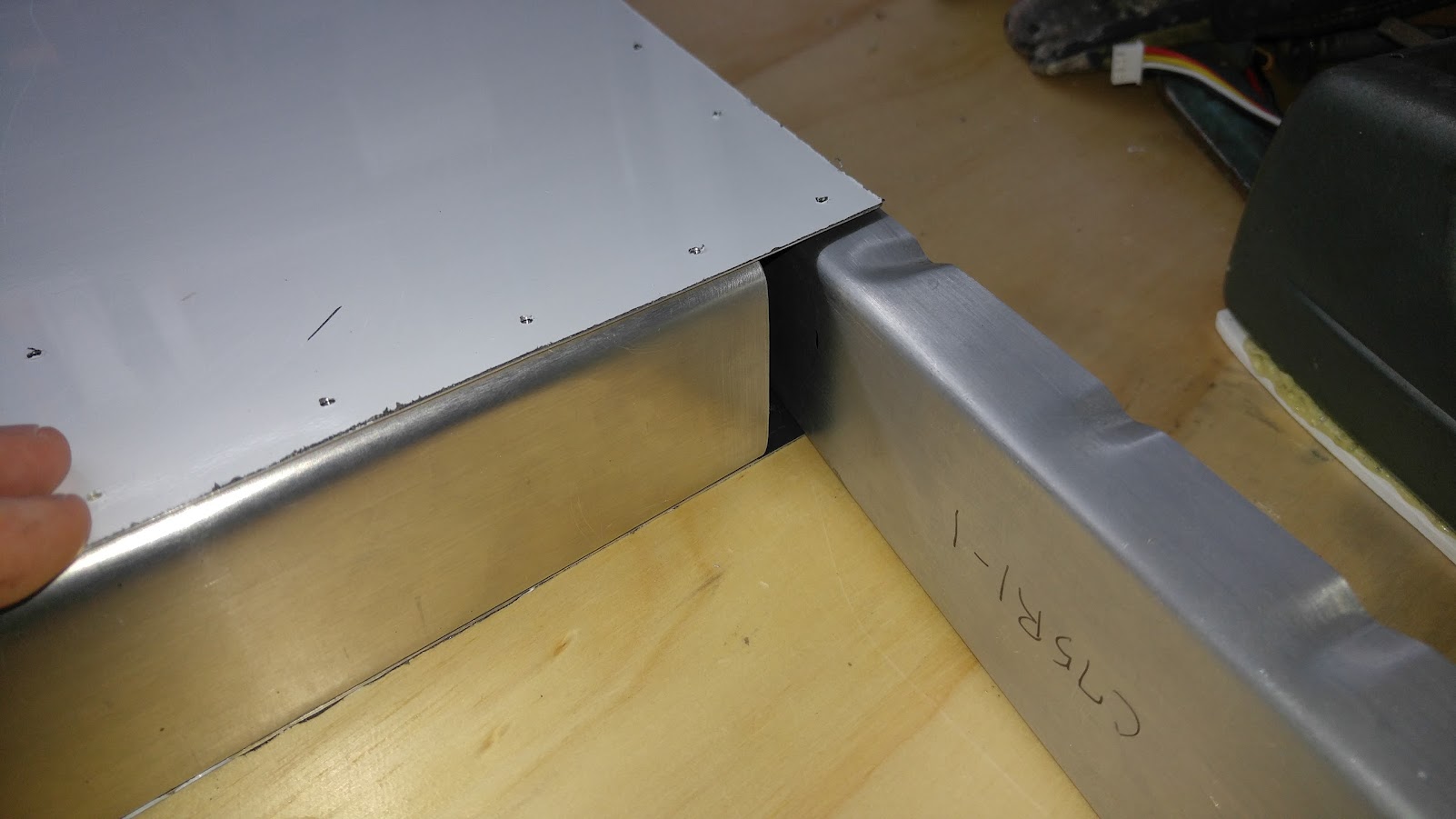 That’s all for now! As always, you can find all the photos I’ve taken thus far in this Google Photo Album.