As January rolls to a close, February starts with typically strange weather here in Texas. It’s not unusual for one day to be in the 80s, the next day in the 40s. As such, you just never know whether you’ll be working with the garage door open and a t-shirt on, or door closed with heater and a jacket! As you might expect, my time in the workshop has been rather sporadic! Sometimes it’s better to be out in the yard doing a deck project instead of in the workshop on a pretty day. 🙂

Despite that, I’ve managed to make a bit more progress. In the blog entry titled End of Year Start of Assembly I had a few photos of the horizontal stabilizer rib blanks and form blocks. This entry will show the completion of those ribs, as well as the horizontal stabilizer spar caps and doublers. First the ribs. Here’s one of the blanks clamped in the form block, with the flutes already started. 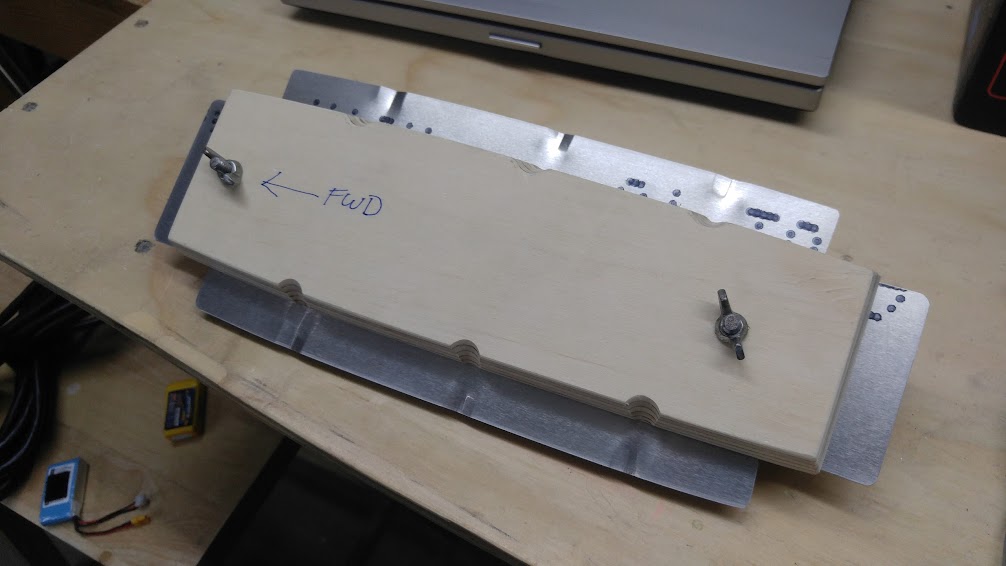 And here it is after coming out of the forming process. 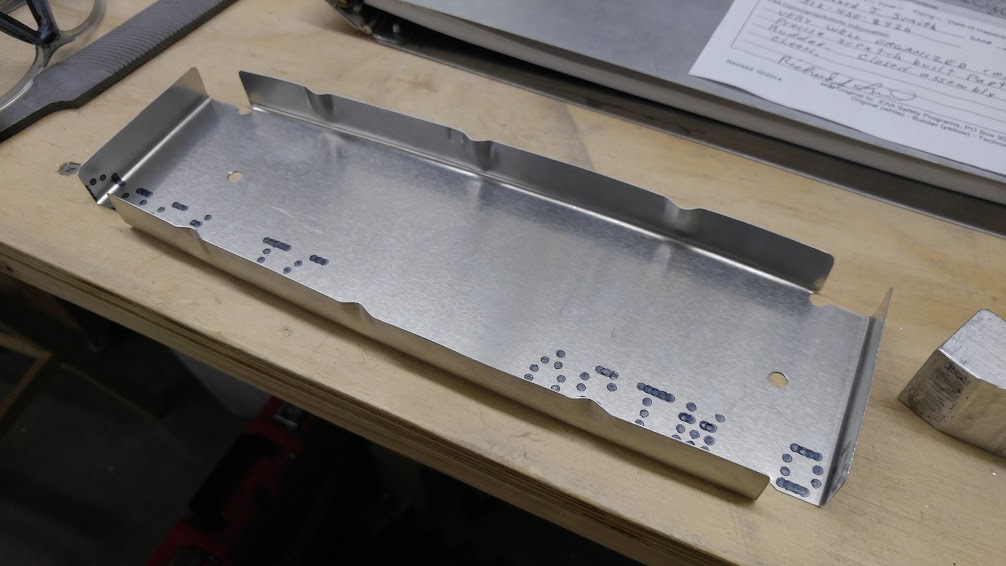 Repeat a few more times, and you end up with this. 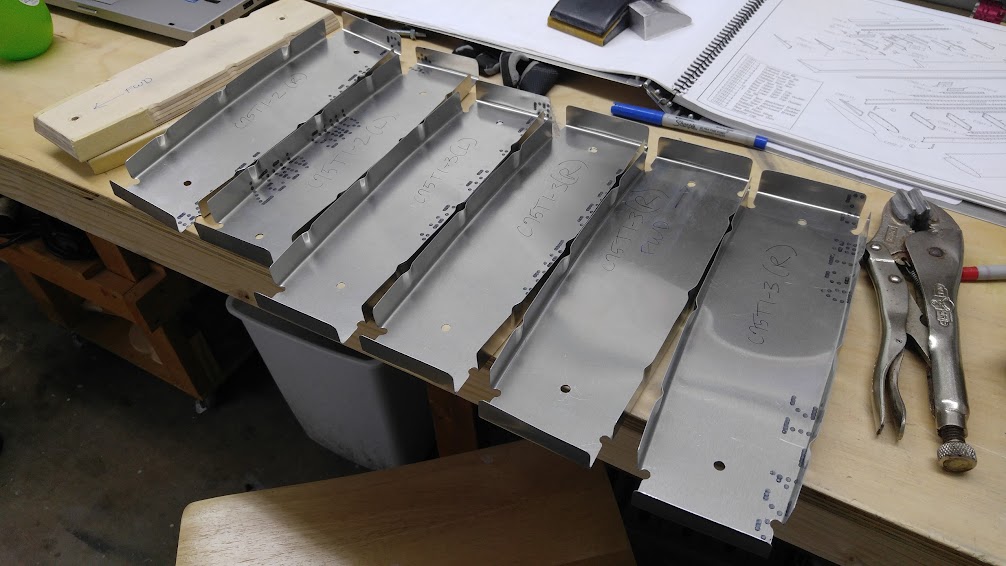 Some of these ribs need “joggles” formed into the fore and aft flanges, to allow them to sit flush over the spar caps and doublers. There are various ways you can form these joggles, but I decided to try using a couple of simple tools that I use to help straighten my rib flanges. By positioning one block inside and another outside, a quick tap of the hammer sets the joggle. Here you see the blocks in place. 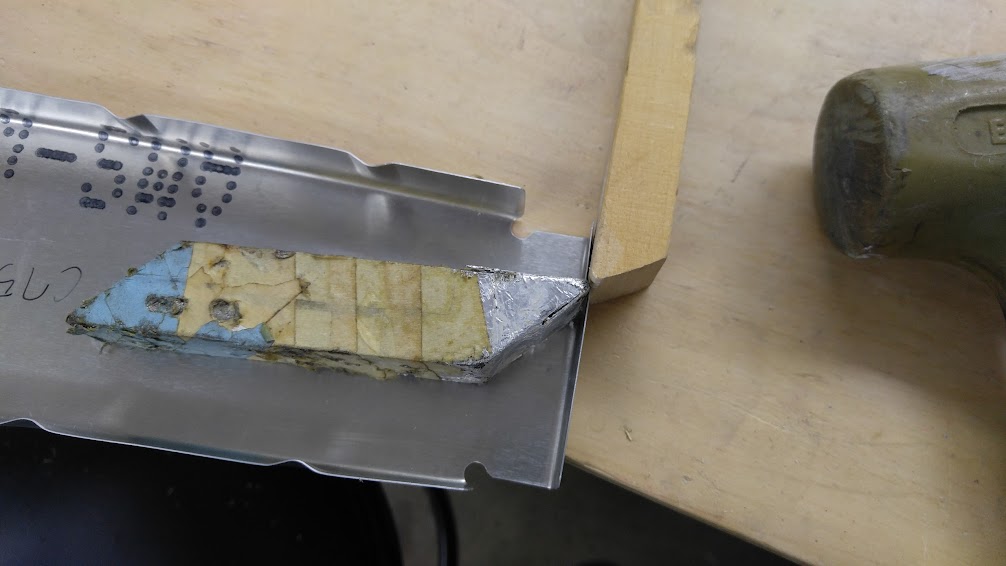 And the rib after tapping the wood block with the hammer. 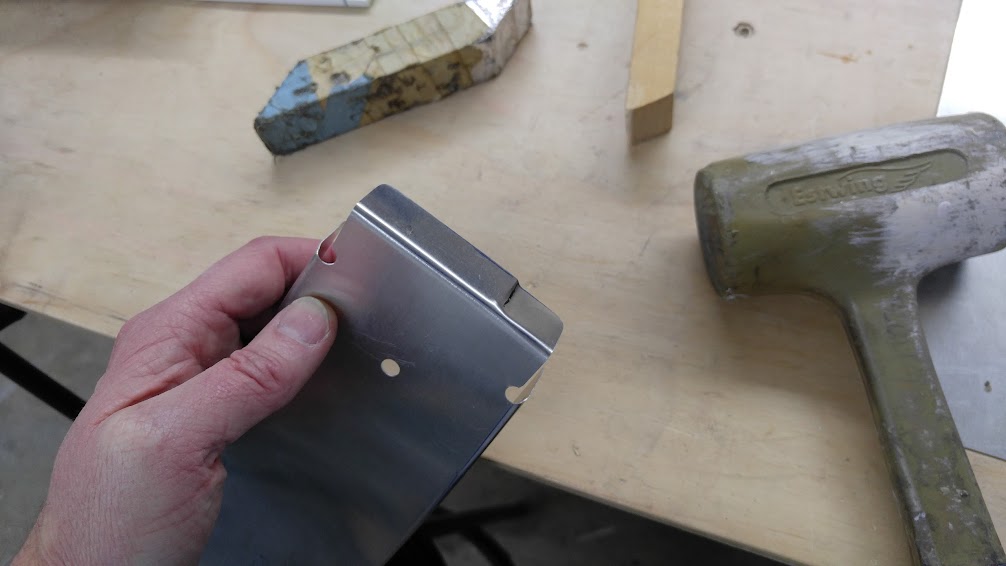 It is a quick and simple way to make the joggles, especially in these .016″ ribs. It might be a bit more difficult, or take more taps, in thicker material. The other end of the ribs get double joggles: 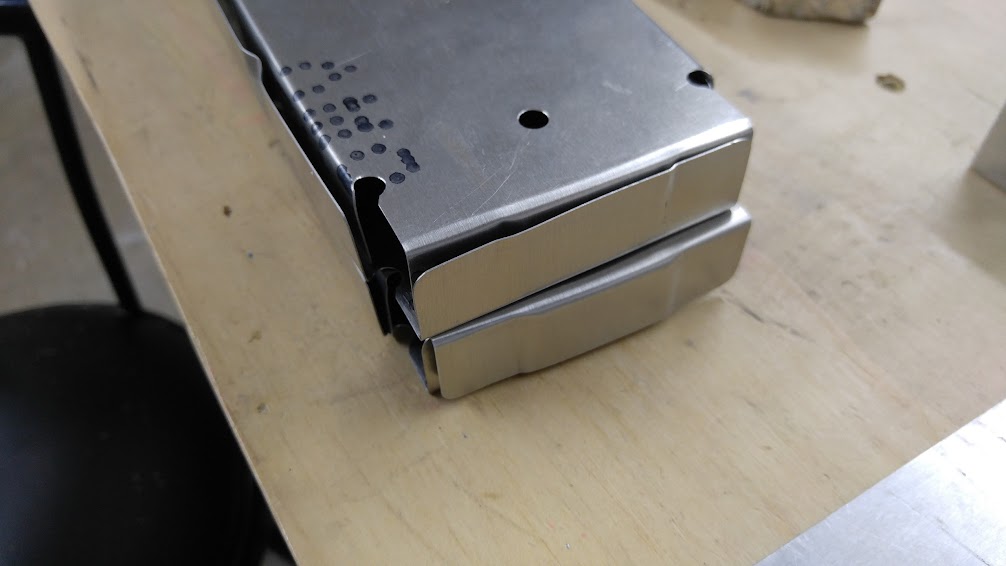 Moving along, the tip ribs are simple straight-sided parts that can be easily formed on the brake. 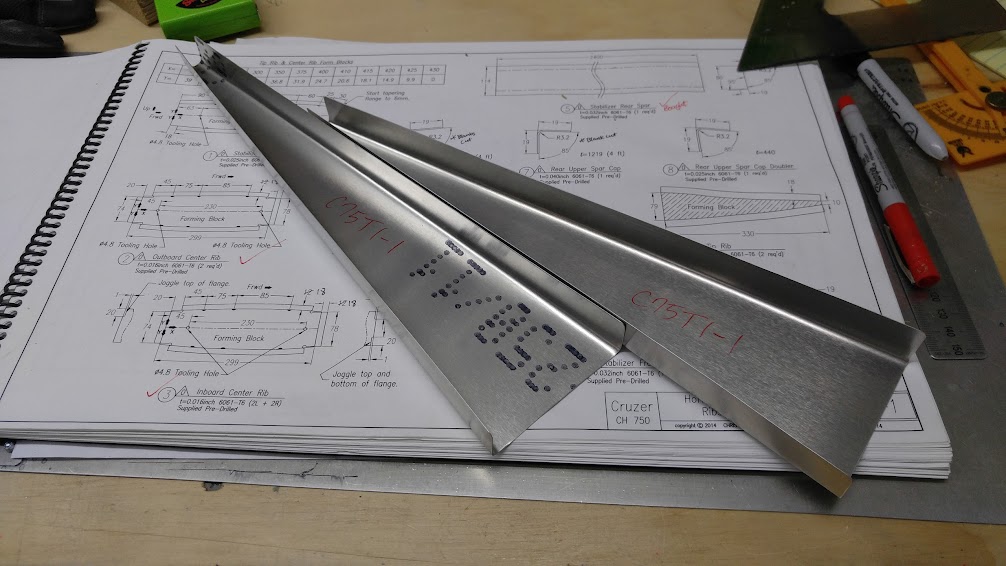 You can see from the plans page those parts are sitting on, that there are several spar caps and doublers to be formed as well. While I purchased the spars from Zenith, I decided to bend the caps and doublers myself. In hindsight, I probably should have purchased the spar caps because bending small “L” type angles from .040″ 6061-T6 is a cast iron… umm…. female dog. If you get my drift. 🙂 However, they are done and they turned out pretty well. 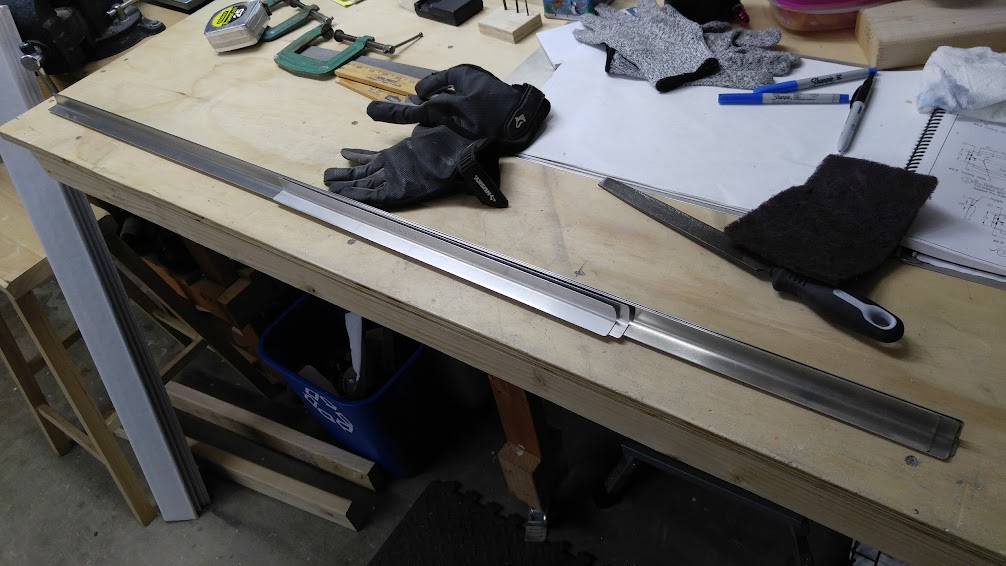 That’s it for now! I have received my order of more aluminum sheet, so I can make the rest of the stabilizer ribs and continue with the attach brackets and other parts. Once those are done I can start the skeleton assembly. I probably won’t update the blog again until I have some drilled parts to show, so it may be a few weeks. Don’t go away!