As you might infer from the title of this post, there’s been a lot of drilling going on in the workshop since my last entry! The rudder skin and skeleton are drilled to final size, deburred, and ready for priming. Unfortunately, the day after I finished that task it started raining, and hasn’t stopped! So that means no priming, since it’s too stinky to do indoors. Anyway, as part of getting the rudder skin ready to rivet I needed to remove the protective plastic around the rivet rows. The easiest way to do that was to melt a “rip line” using a soldering iron. 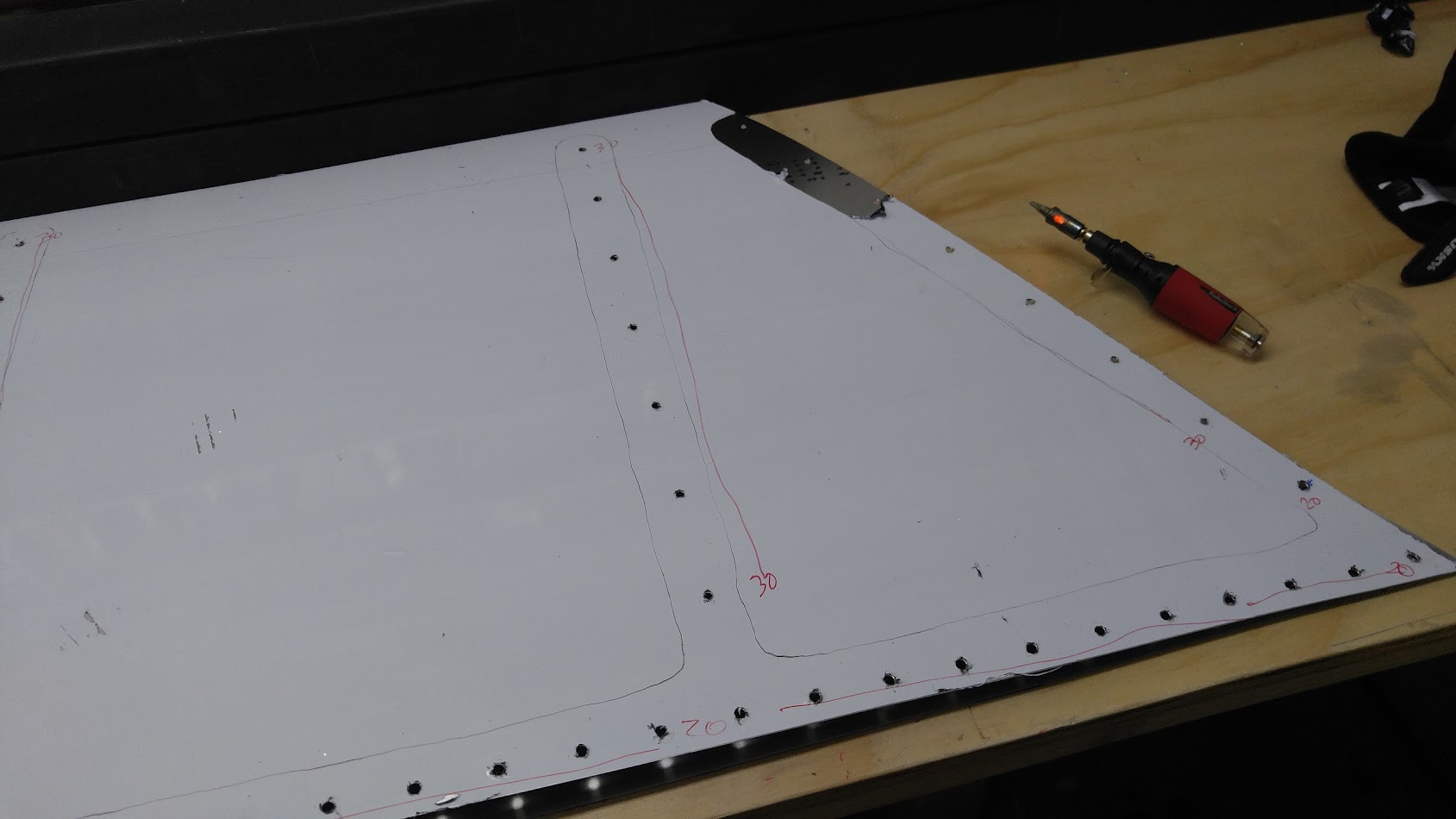 Here’s a shot of the skeleton parts all clean and ready for priming. You can see the skin in the background. 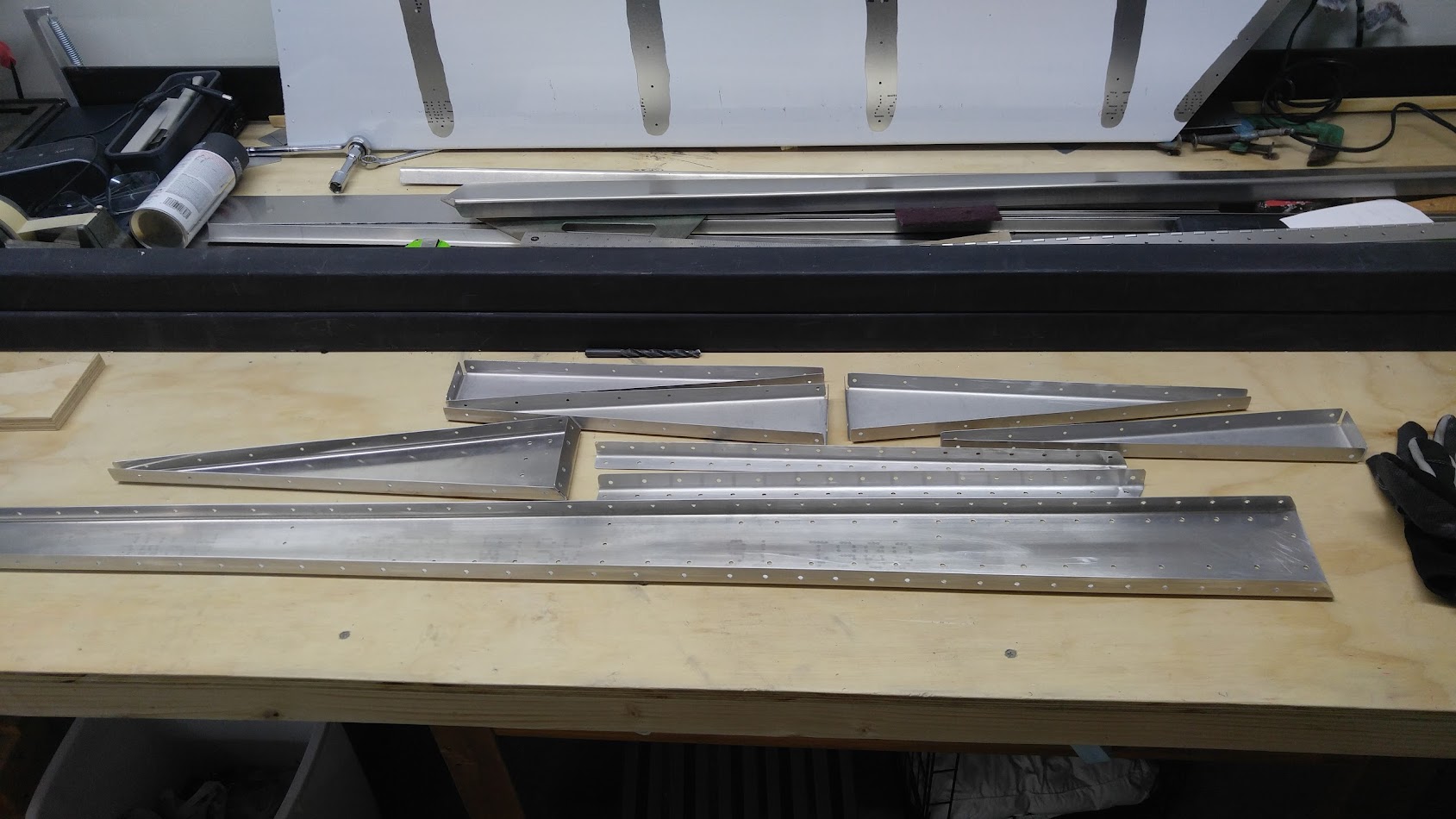 I then moved on to the vertical fin spar, and the hinge assembly where it connects to the rudder. There’s a bit of fitting required to make sure the alignment of fin and rudder is correct. The fin spar also has doublers that need to be drilled, then match-drilled to the fin spar. 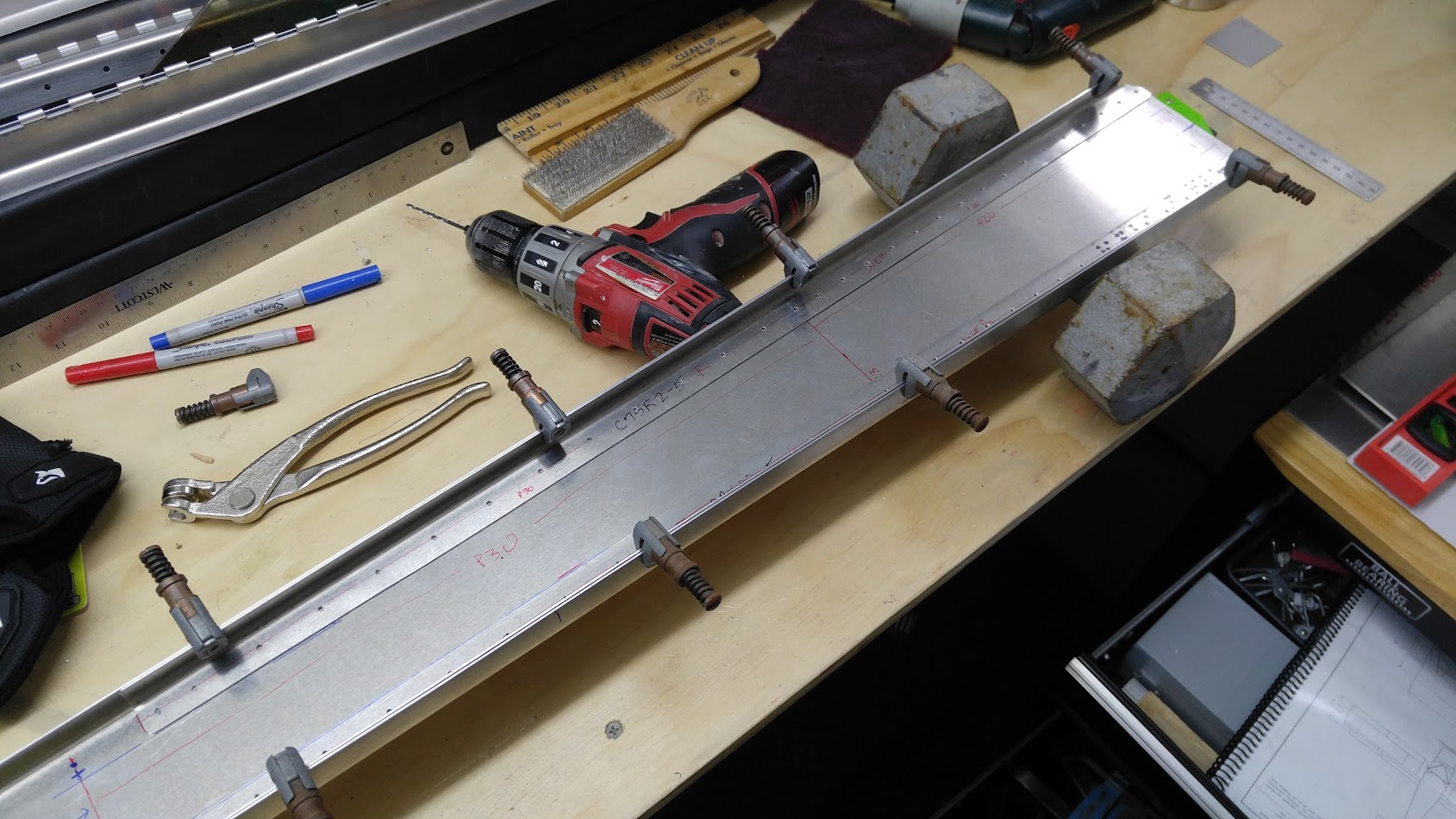 Once that was done, I needed to drill the hinge angles. Like the doublers above, I match-drilled them together after marking out the correct rivet spacing on one side. 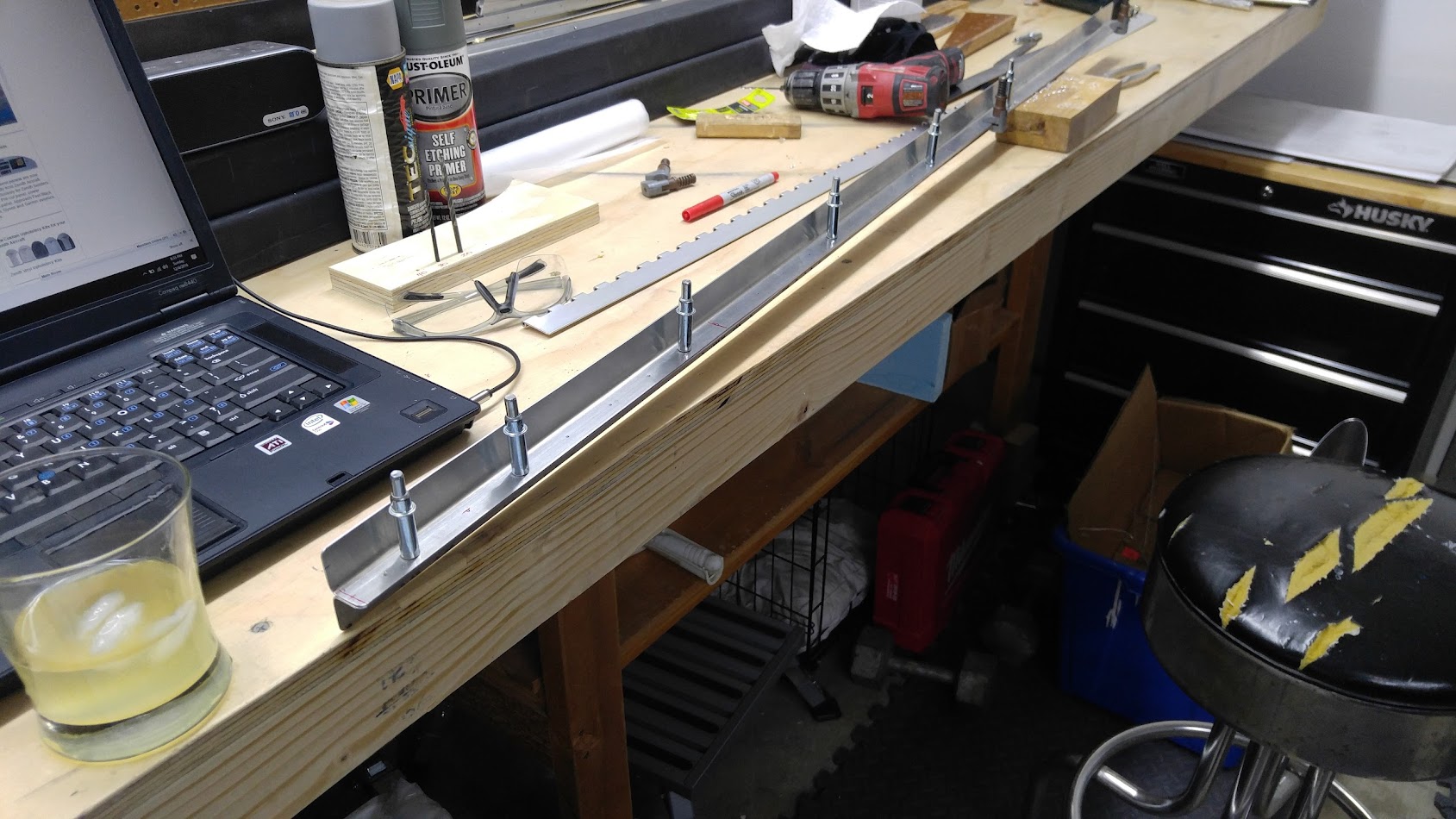 Once they had holes, they were positioned on the spar for drilling. The hinge was clamped in place to assure proper spacing. 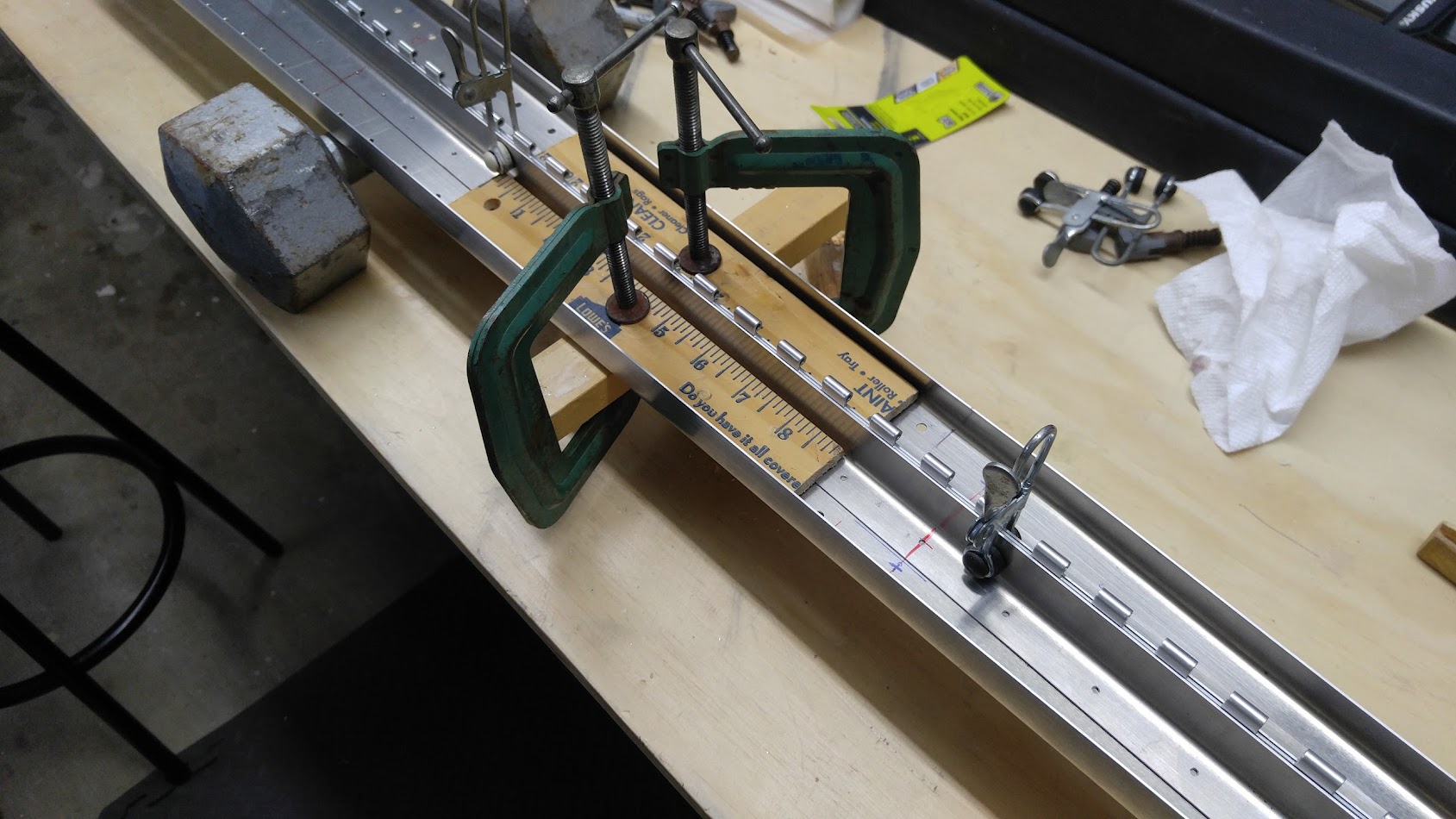 Pilot-drilled to #40, clecos in place. 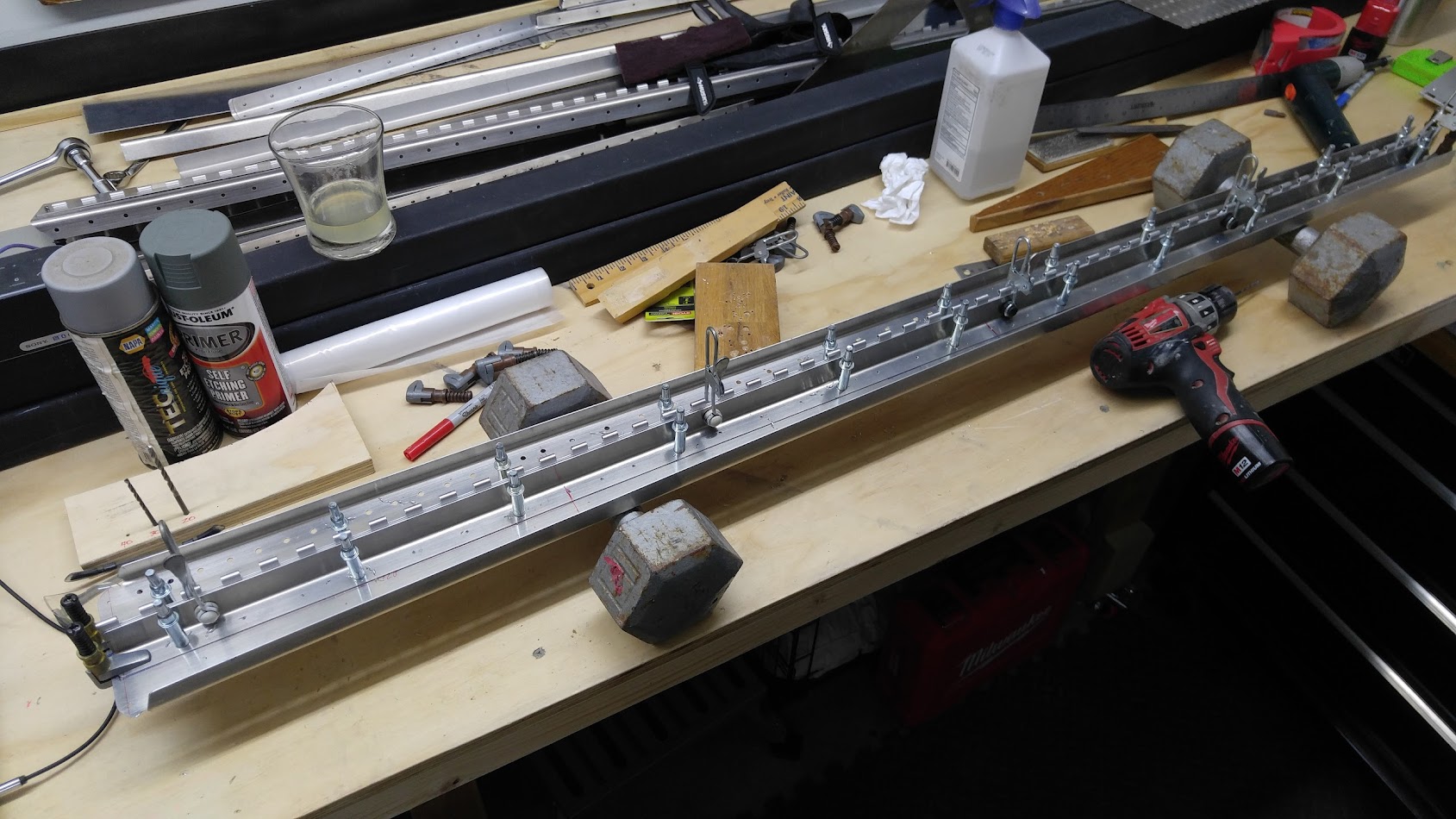 It was during this process that I made a small blood sacrifice to the project. When drilling something like you see above, one places a block of wood behind the work to act as a drill stop and to support the metal while drilling. What you may not realize is how easy it is to position something in exactly the same position relative to your other hand, even when you can’t see it. This means you tend to hit the block in the same spot each time you drill. It’s a neat trick, but can have consequences. See that hole that goes all the way through? 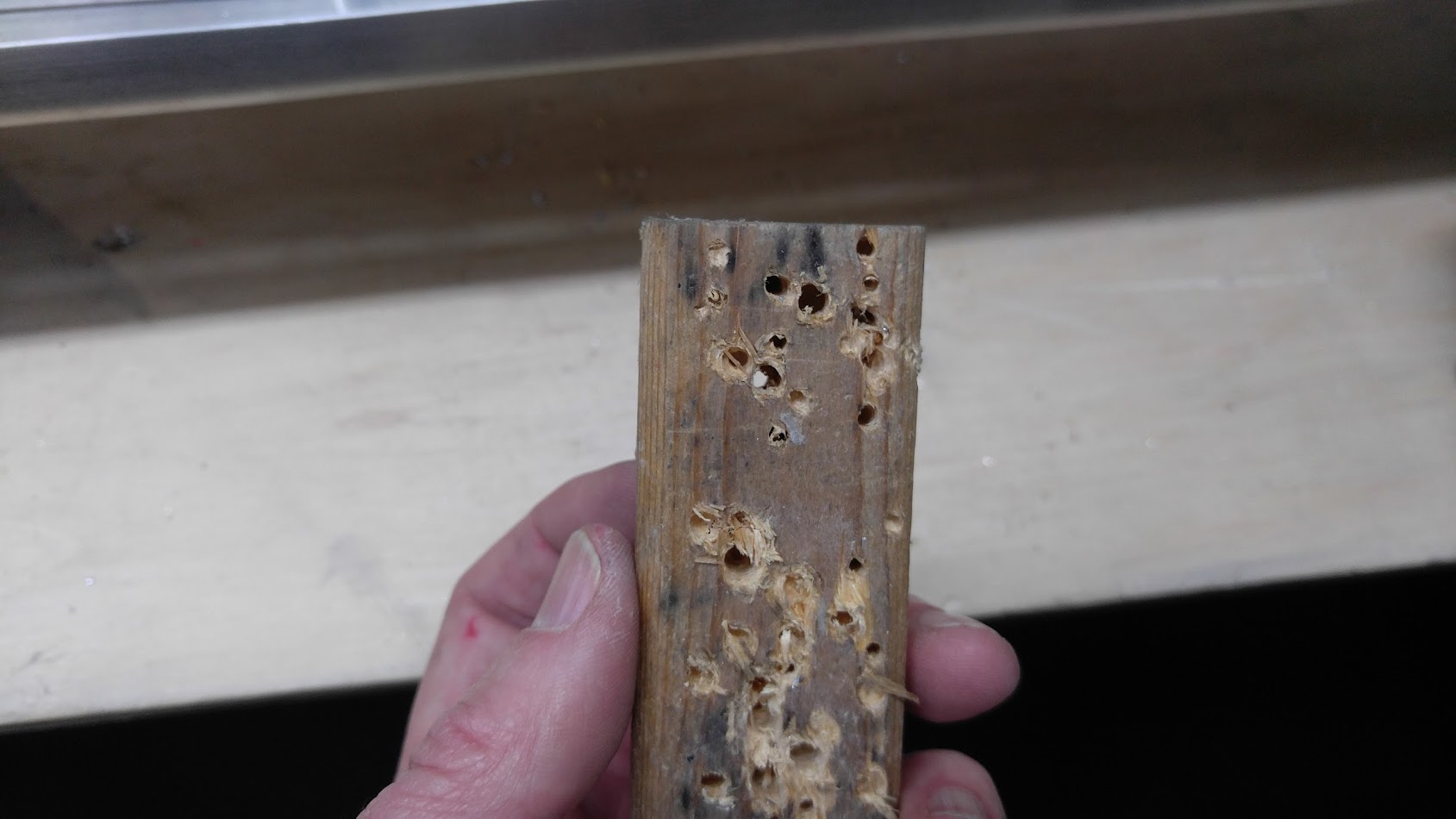 Yep, my finger was on the other side. Luckily it just barely got through the skin. Drilling your finger to any reasonable depth is not fun! 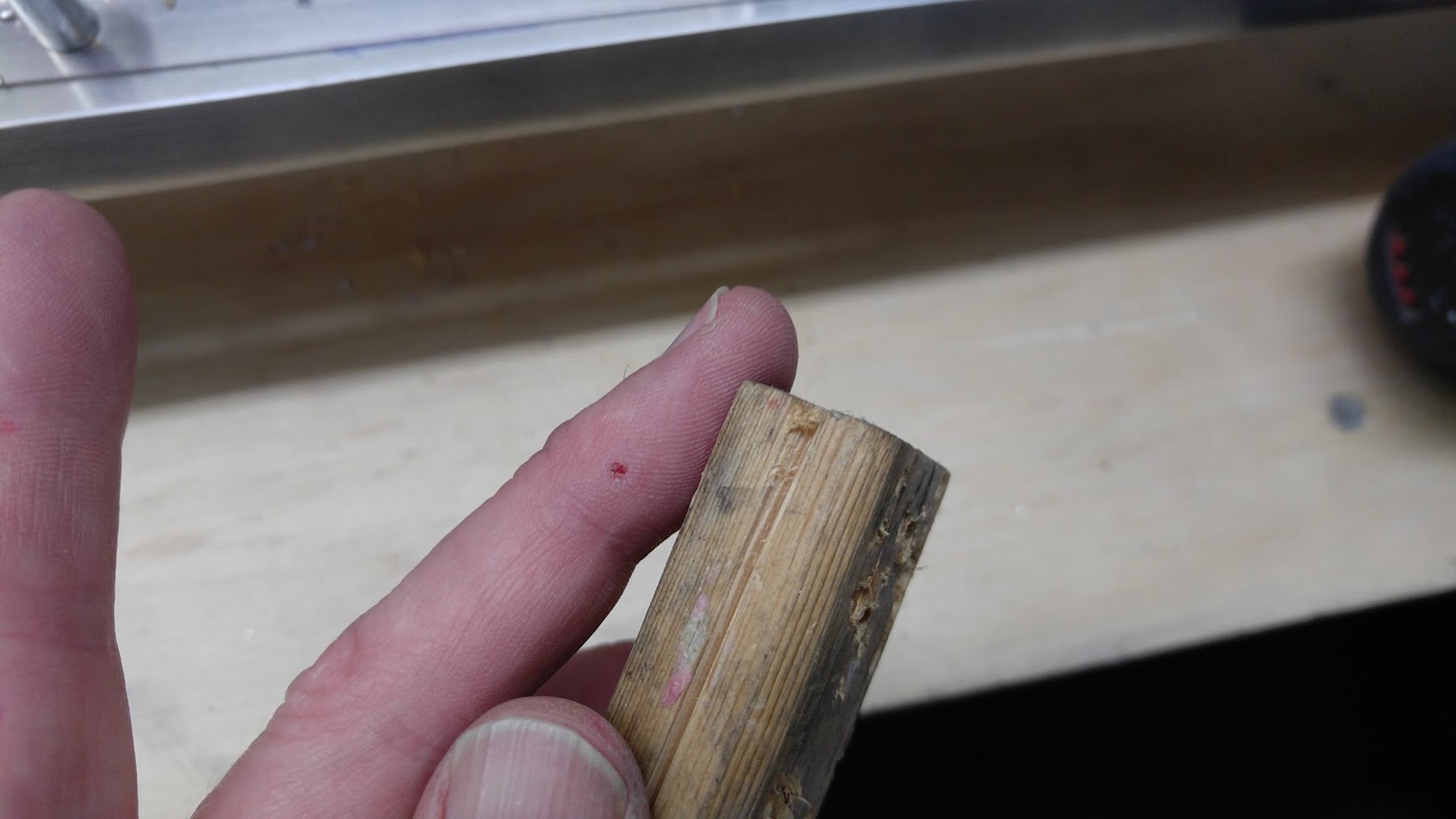 Once a new backer block was procured, drilling continued and the hinge angles were opened up to final size, and the rudder spar and its hinge half were positioned for a photo. 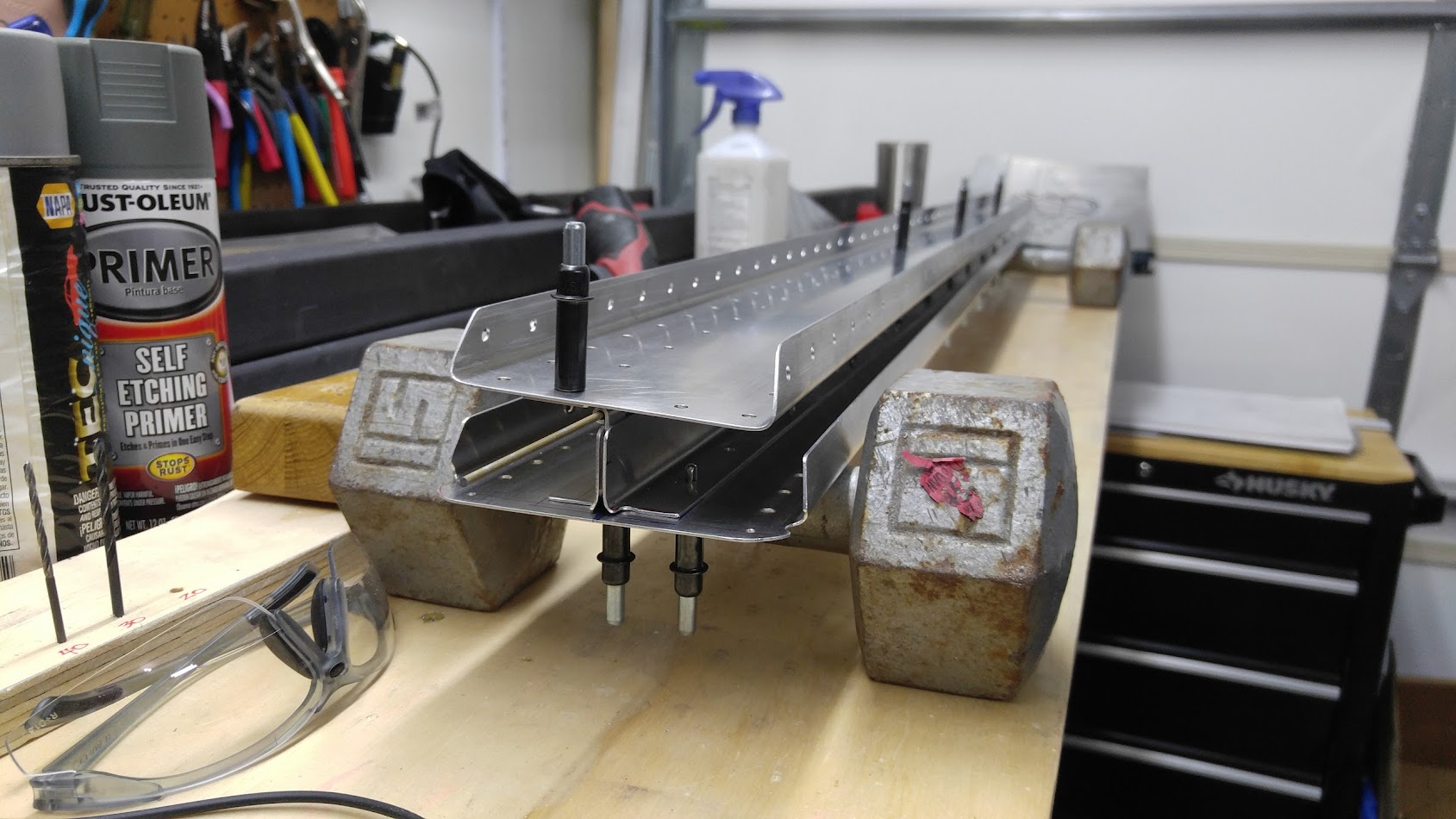 And the final photo for this session is of my shop helper Ducky. Apparently he thinks I keep it too cold in the workshop. 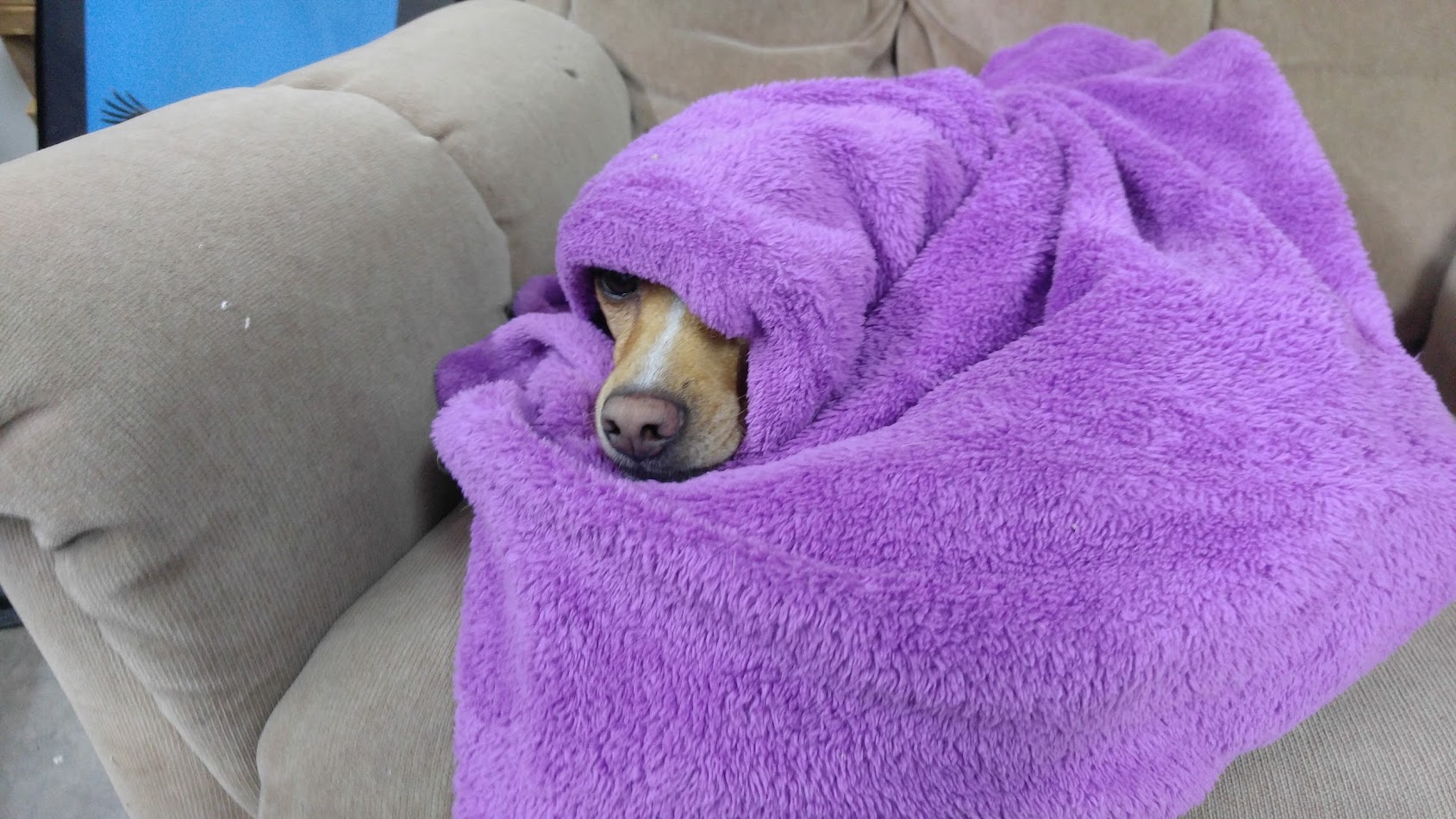 That’s all till next time! As always, you can browse all the photos in my 750 Cruzer album.